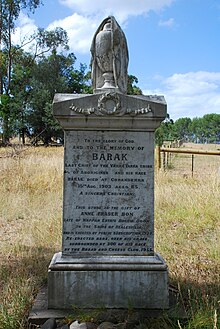 A Wintry Sunday in Melbourne

A dull overcast sky, drops of rain and wind straight off the glaciers of Antarctica didn’t stop me from catching a train for the hour trip from Carrum to Melbourne. Arriving at Flinders Street station I caught a tram to Melbourne University and walked to the La Mama Courthouse Theater in Carlton, Victoria Australia.

Tucked in my pocket was a Mother’s Day present from Jason, Karen, Tahlia and Caxton. Two tickets to see the 4pm Sunday performance of Bijou: A Cabaret of Secrets and Seduction. A one woman play by Chrissie Shaw set in a French cabaret after world war two.Kathy, myself and others sat in chairs around small tables on which, strategically placed was a candle, a half filled glass with an obvious lipstick stain and some feathers on a stand. Tiered seats rose behind us but we were part of the performance, a cabaret audience on the floor-level stage.

We are in a cafe-bar in Paris 1933. A wine, a chat, the music plays…Chrissie Shaw enters from a side door and instantly command our attention. She is a ravaged figure in faded finery and fake pearls. The evening takes an unexpected turn. Madame Bijou, former queen of the Demi-Monde, (the term refers to a group of people who live hedonistic lifestyles, usually in a flagrant and conspicuous manner) unleashes a string of intimate, colourful memories, taking us backwards in time to the shadows of her youth

This intriguing cabaret gave us a glimpse into the private, sensual world of a riveting ageing Parisienne who tells her life stories of seduction, survival and revealing intrigues accompanied by music and songs by Satie, Weill, Hollander, Bruant and others sensitively accompanied on the piano by Alan Hicks. The songs introduce the year and set the scene for for the aging Madam Bijou’s memories and stories.

We came away having run a gauntlet of emotions from dismay at the tragic revelation that, as a child, Bijou witnessed the death of her father, sadness for the loss of innocence when she was groomed and seduced at fifteen by a person in a position of trust, laughter at the silliness of her many conquests, and amazement at how she survived in France during and after war had ravaged the country and the world.

La Mama is a favourite haunt of mine and I’ve seen many community plays written and produced by Ray Mooney of Holmesglen TAFE play writing class. The theatre is nationally and internationally acknowledged as a crucible for cutting edge contemporary theatre since 1967. Valued by artists and audiences alike, La Mama is treasured for its continued advocacy of those seeking to explore beyond mainstream theatre.  A not-for- profit association it is essentially a playwright’s theatre, a place where new ideas, new ways of expression can be tried out, a place where you can hear what people are thinking and feeling.

We had dinner in an old Italian restaurant and I could not resist recounting tales of times spent in Lygon Street Carlton during my Masters Degree days at Melbourne Uni. It was so much fun to revisit old haunts, such as book shops, coffee shops and devour a steaming bowl of pasta with a glass of red on a cold wintry night when our breath fogged the windows.

It does the heart and soul good to take a holiday and visit the theatre for an evening of make believe.