Or my favourite saying, ‘If you want to make God laugh tell her your plans.’ by Anne Lamat

Life took a different turn this week when I called triple O for my husband. The paramedics were amazing. They gave him morphine, an ECG etc and stayed with him while he was being transported to Frankston Hospital. They waited with him until he was admitted into the emergency department where he stayed in one of the acute rooms overnight.  He was eventually stabilized and transferred to the Westernport coronary ward on level two. Son, Paul was a tower of strength and constantly stayed by our side. It makes all the difference to be able to discuss what is happening and to have someone always beside you during such a volatile situation.

The week before, my husband’s sister  had a fall at home resulting in a fractured femur. An ambulance was called and she was admitted to the Port Phillip ward on level four. Paul and I ended up running between both wards giving them updates on the others condition.

It tends to put life into perspective.

Far away at the back of my mind was the commitment to present Something Missing & Pickle to Pie at the Mornington Library’s Live and Local night and at the Historical Novel Society of Australasia academic programme talking about The Lie of History. My power-point presentation and both talks were printed and waiting for me on the couch downstairs.

I managed, only just, to present at the Mornington Library after Paul drove my husband home after discharge at 5pm and stayed with him. However, I quickly made my apologies at interval in the proceedings

I’ll still be presenting during the HNSA conference academic programme The Lie of History at 10am tomorrow (Sunday) but will be heading home straight after even though my husband is going okay. The conference organizers have been wonderful. It is greatly appreciated.

Thanks heaps to Paul for putting his life on hold to spend many hours beside us and to all who have been so caring and supportive.

Writers often rely on memories for their stories, but how reliable is our memory?

Memory is a central part of how we think of ourselves, and indeed a central strand of what we might know. Memory is not simply a mechanical process. It works in various ways and the majority of writers use it in their writing. The philosopher John Locke considered individual identity is inextricably linked to memory—we are only what we remember being. But how reliable is memory when we tell ourselves stories about our past?

Precious memories. They sustain us during times of stress and fatigue. In the freeze of winter, we warm ourselves with remembered images of hands stretched out towards blazing log fires. During a heatwave, it may be the memory of splashing through waves into the cool sea. But how reliable are these images? Memory can also act like a dream catcher, sifting out unpleasant experiences and retaining only the golden images that gladden our hearts.

The High Country in Victoria Australia, part of the Great Dividing Range is a beautiful, fragile Alpine region. It is part of my life, the stuff of my dreams. In summer, when Melbourne smoulders in oppressive heat, I remember dipping my hand into icy mountain streams, hiking over grassy plains, cool mountain lookouts, a blanket thrown under a shady gumtree, sandwiches and my laughing children. On the lower slopes are plump blackberries and wild plums for the taking. It is easy to visualize the Ganai Kurnai aboriginal groups who travelled up to the high plains in summer to gorge and fatten on the plentiful fruit and nourishing Bogong Moths.

It was a hot, dry January. On a sudden whim, fuelled by joyous youthful memories of sleeping under canvas and sitting around a campfire I managed to talk my husband into reluctantly going camping again. We packed our car to capacity with tent, poles, stove, chairs, a box of food and a picnic basket. 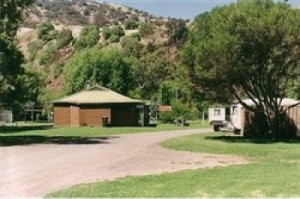 It takes five hours to travel from Carrum to the foot of the Wonnangatta/Moroka High Plains. On the last part of the journey the sun disappeared, followed by gusty squalls which settled into a steady drumming on the roof of the car. Memories flooded back of putting up a tent in the rain. Not pleasant. I sighed in relief when my husband suggested we stay in a cabin overnight. The Licola Caravan Park had only one small cabin left to rent. Mary, lessee of the Park and General Store was ecstatic about the downpour and the sun thirsty mountains breathed sighs of heat relief. I recognised the land’s need, but the one room cabin didn’t have a shower or toilet and the mental picture of me squelching across to the park’s amenities block at night was daunting to say the least. Thunder and lightning split the skies and any thoughts of a peaceful night’s sleep soon vanished. We placed an umbrella and torch by the door.

We woke to sunshine and the sound of cockatoos squawking and squabbling in querulous voices, like grumpy old men protesting their fate. The coin-operated showers were surprisingly bountiful and outweighed the sight of the night’s collection of black insects buzzing in their final death throes. On the window ledge of the shower was a half empty can of Bundaberg Rum and Cola. Maybe alcohol helped blot out the bugs.

Mary, was soon busy pumping petrol, selling groceries and giving directions to The Bastards Neck camp site to groups of men. Their battered bush hats and Akubras pulled well down over brown faces, shading blue eyes. Motorbikes with Jim Beam stickers, four wheel drive utes with Rhino Packs, pack racks and bull bars offload deer hunters, trout fishermen and bush walkers. Most were on father/son bonding trips. The ariels whipping in the wind were so tall I imagined them receiving messages from the moon.

On the High plains the flowers bloomed as if they knew summer would soon be gone. Gold everlasting daisies soaked up the sun and scattered clusters of white everlastings looked like patches of leftover snow. We stopped by a stream to pick plump blackberries. I’d forgotten how the spiky blackberry canes snag any exposed skin and the blue/black juice stains. In spite of deep scratches and constantly swatting blood thirsty mosquitoes, I managed to fill several containers. My husband picked wild cherry plums and apples. Later we sat on sun-warmed rocks to cool our hot feet in the creek. I was at peace with the world, until I noticed the biggest, hairiest spider clinging to the underside of my rock. I remembered to grab the blackberries before frantically clambering up the bank.

When we spread our blanket under a shady tree for our picnic lunch, huge black March flies descended and we become their lunch. Hundreds of tiny bush flies joined in the fun. We finished our lunch in the car, but we are made of strong stuff. A few March fly bities are not going to chase us away. We donned our backpacks and hiked to Higgins hut, one of several cattlemen’s huts dotted here and there over the Alpine region. Built with axes and bush saws they are rough but serviceable shelters for local cattlemen, lost skiers and weary bush walkers. Dry wood, several cans of baked beans, flour and sugar; are enough to keep body and soul together until help arrives. 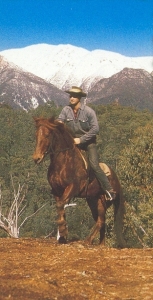 Mountain cattlemen have mustered cattle in the area for over one hundred years and consider themselves caretakers of the High Plains. Some even try their hand at poetry with varying degrees of success. These two verses are scrawled on the log walls of Higgins hut.

What are my loves?
My friends,
My church
My Tavern
And my only wealth?
These plains

Maybe it was a lost skier who replied

When black clouds once again dropped their liquid load we too headed for home, the Ford Explorer packed with unused camping gear and containers filled with blackberries, cherry plums and wild apples. The memory of vicious March flies, spiders and prickly blackberry canes began to slowly disappear and be replaced with the bountiful vision of dishes filled with fresh fruit and ice-cream, stewed plums and apple pie. 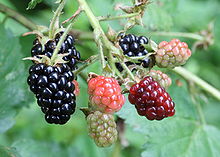 Okay, so the blackberries squashed, the cherry plums were sour and the apples ‘woody’, but my memory dream-catcher was already in action. The following January I once again dreamt of grey-green mountains, wild flowers, and picnics. Like the aboriginals drawn by the thought of fat Bogong Moths, I returned to the Wonnangatta/Moroka High Plains. However, before I left I booked a cabin with a bathroom.